The syzygy amidst opposing forces, the coexistence of the Yin and Yang, and the constant state of dichotomy the mind exists in seem to keep the balance restored in the world as we know it. At Rosie &Tillie, our spatial imagination soars a flight that questions and beckons the concept of time to let loose. Think of it as the day and the night. Both opposite facets of the same coin, rarely ever crossing paths across the montage of the sky—except for when the new dawn takes over the reins from the night and when the seductive shades of dusk bathe the sky, bidding the day that was adieu.
Despite this incessant tryst of duality and even when the world strives to confine everything they know into definitive boxes, at Rosie & Tillie the concept of polarity is rebutted with a childlike curiosity driven by awe. The architectural design language in the spatial narrative welcomes its patrons into its embrace, offering them two divergent ambiances under one roof as morning transfigures into the night. It is within these interstices of time that transitional design is born, claiming the role of the protagonists.
Nestled in an uber-bustling upscale retail hub in Saket–Delhi, the venue is the joint magnum opus of millennial entrepreneurs Vicky Mandal and Chef Anukriti Anand. The delectable cuisine is brought to life by Anukriti’s all-woman brigade of chefs. The fuelling impetus of their vision reaps inspiration from offering the patrons a quintessential hospitality venue that is emblematic of the confluence of celebrated beverages. In the cauldron of interpretations, root materiality and an uninterrupted medley of spaces brew unabashed magic. Ubiquitous leitmotifs of terracotta, warm white terrazzo, curated greens, and curvilinear silhouettes claim the volume whole, creating an uninterrupted visual spacescape that allows the humble materials to garb themselves in the cloak of versatility against which functions unfold.
The distinct dual DNA of the space shares the spotlight and revels in the conjunction of the antithetical that somehow remains romantically amalgamated. 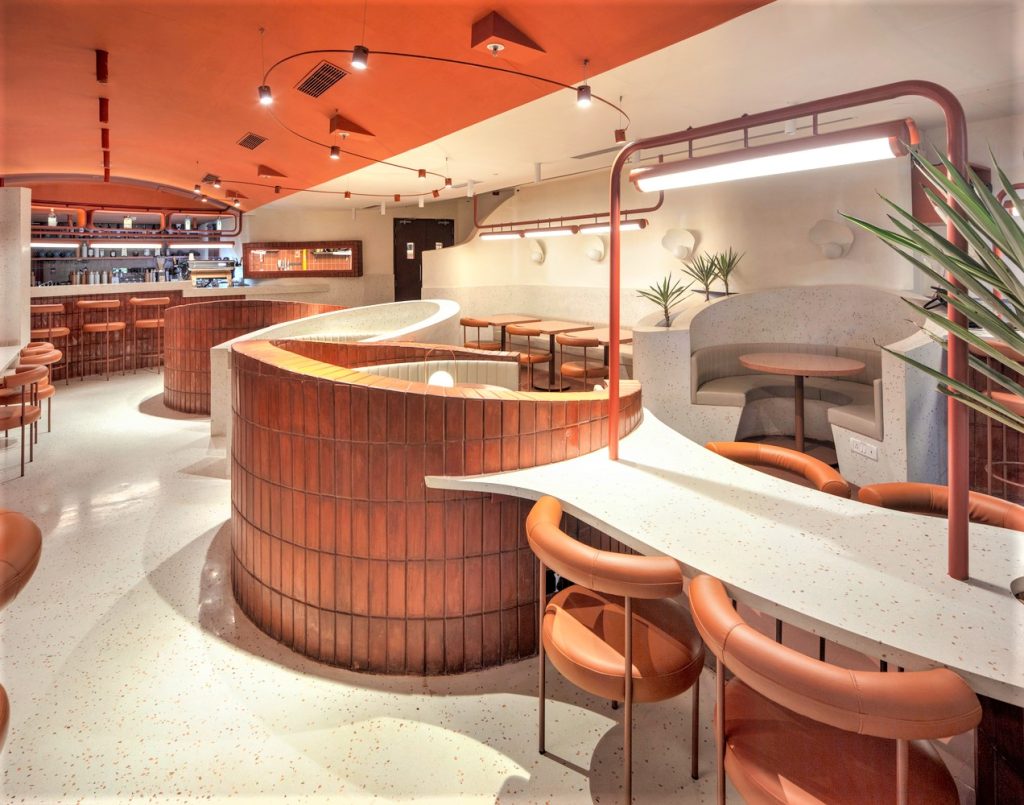 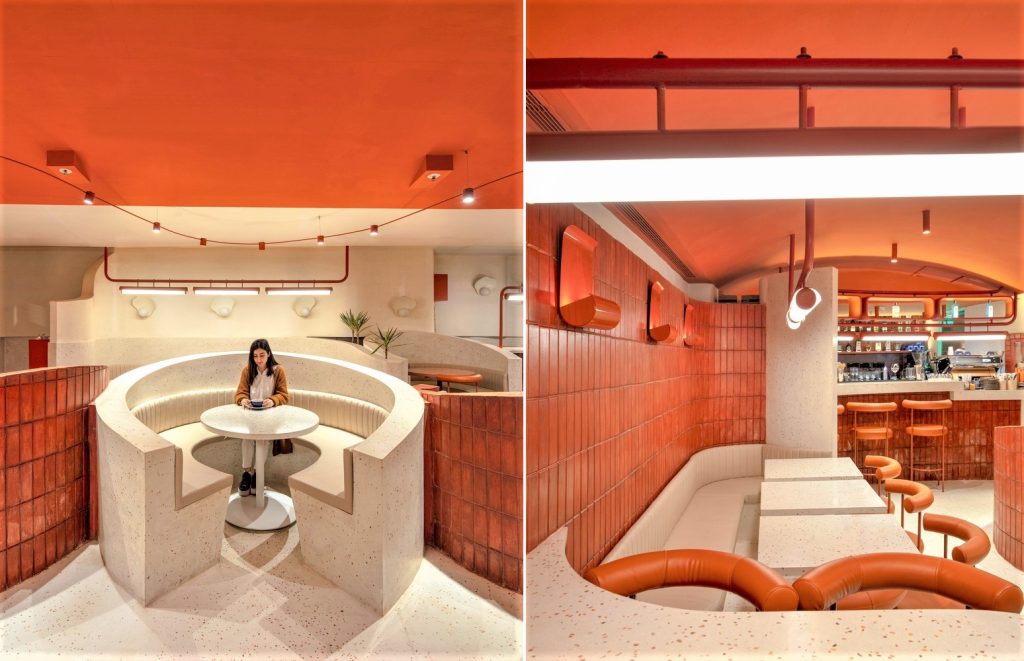 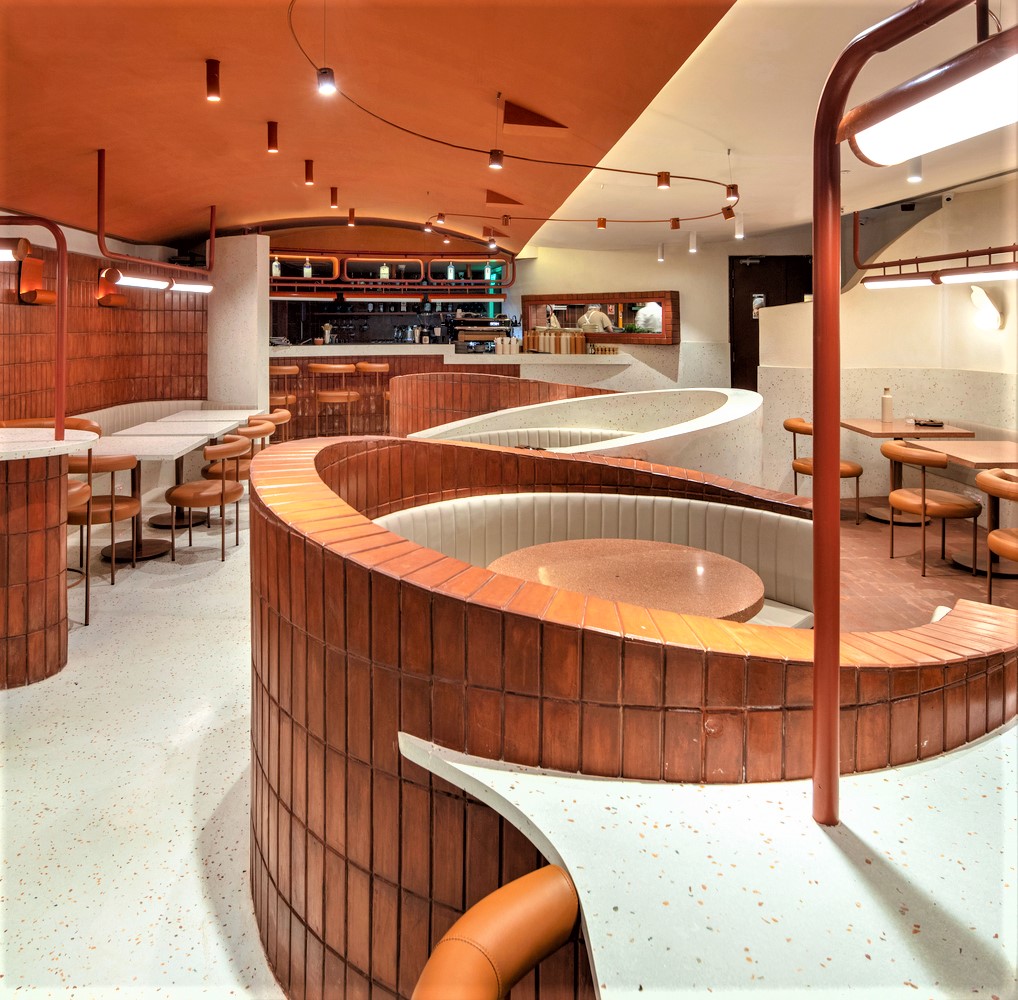 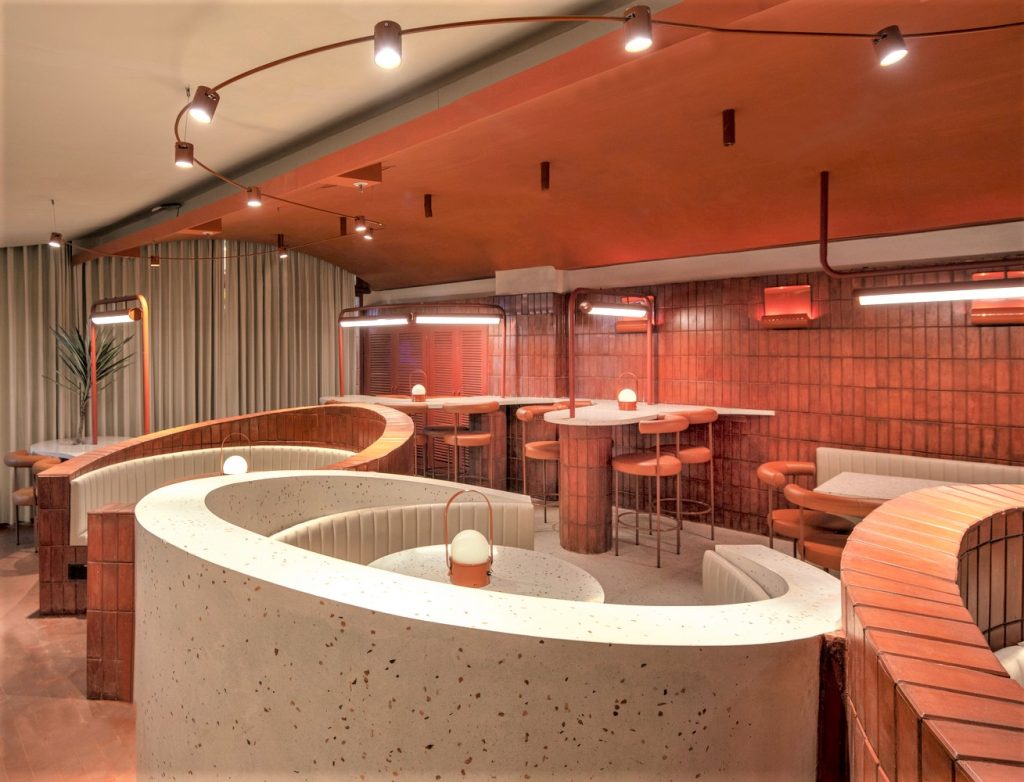 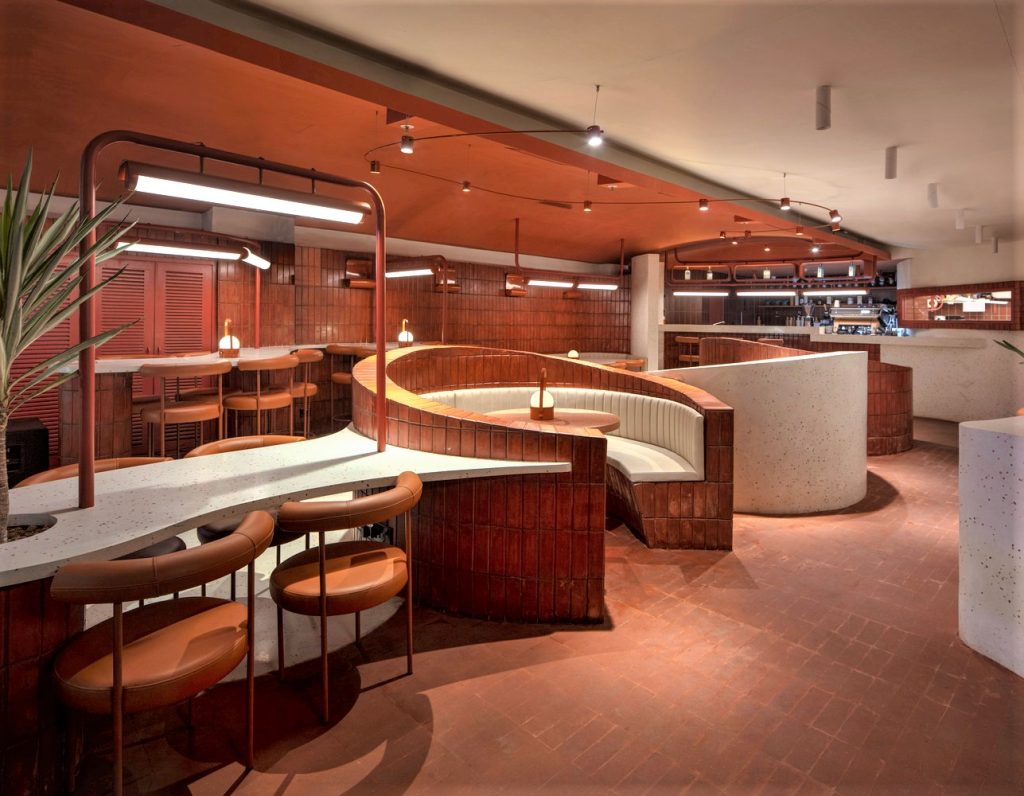 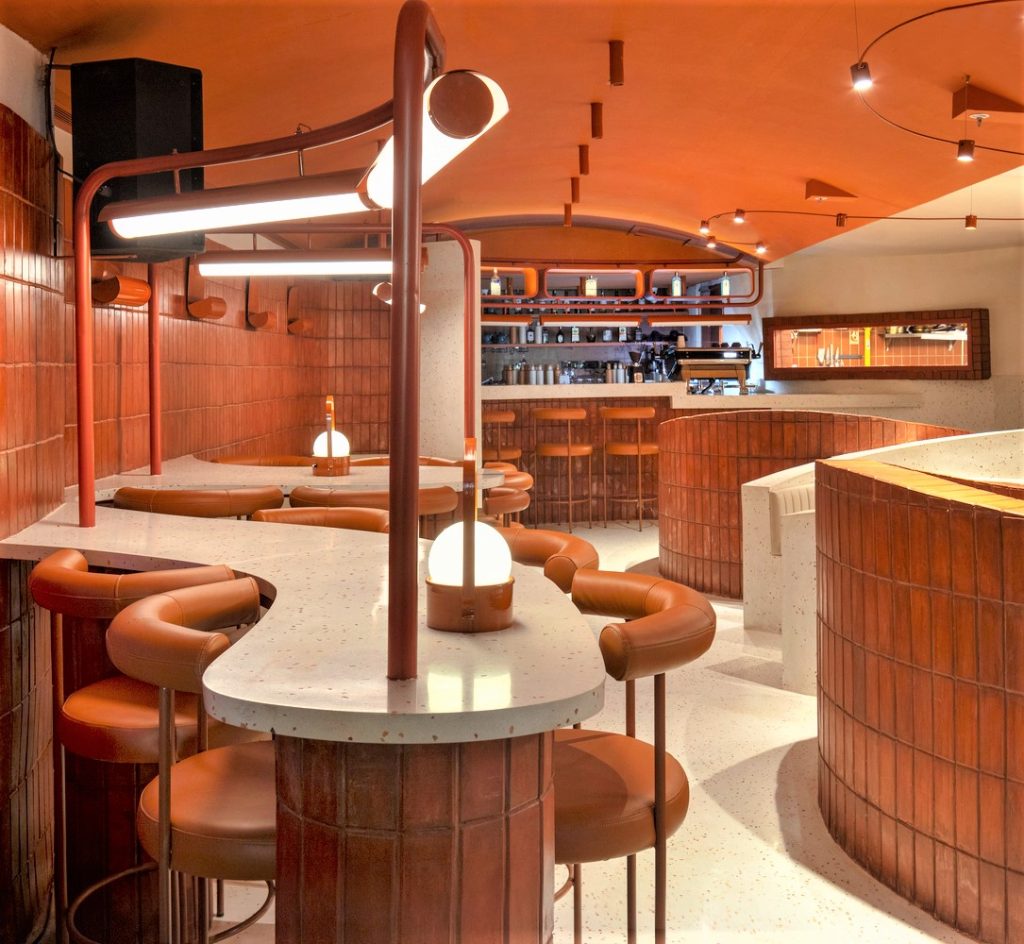 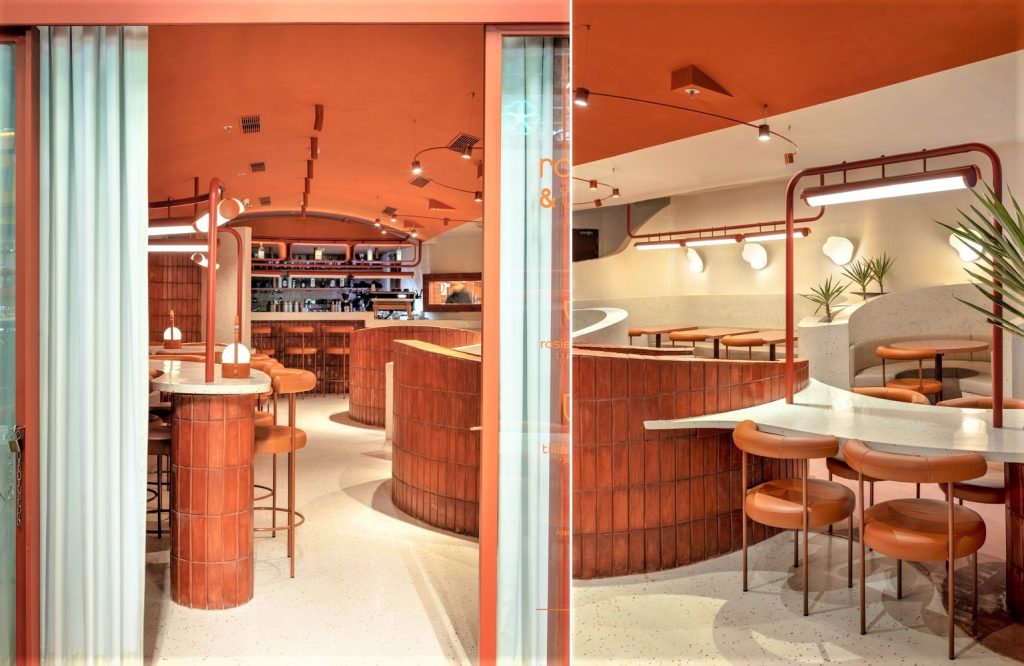 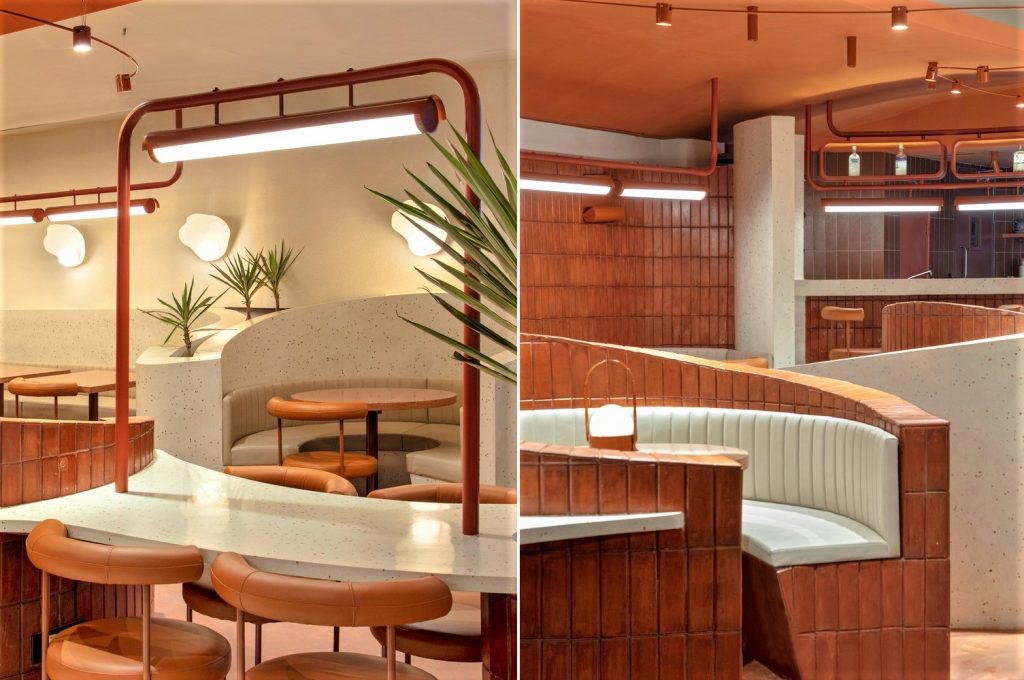 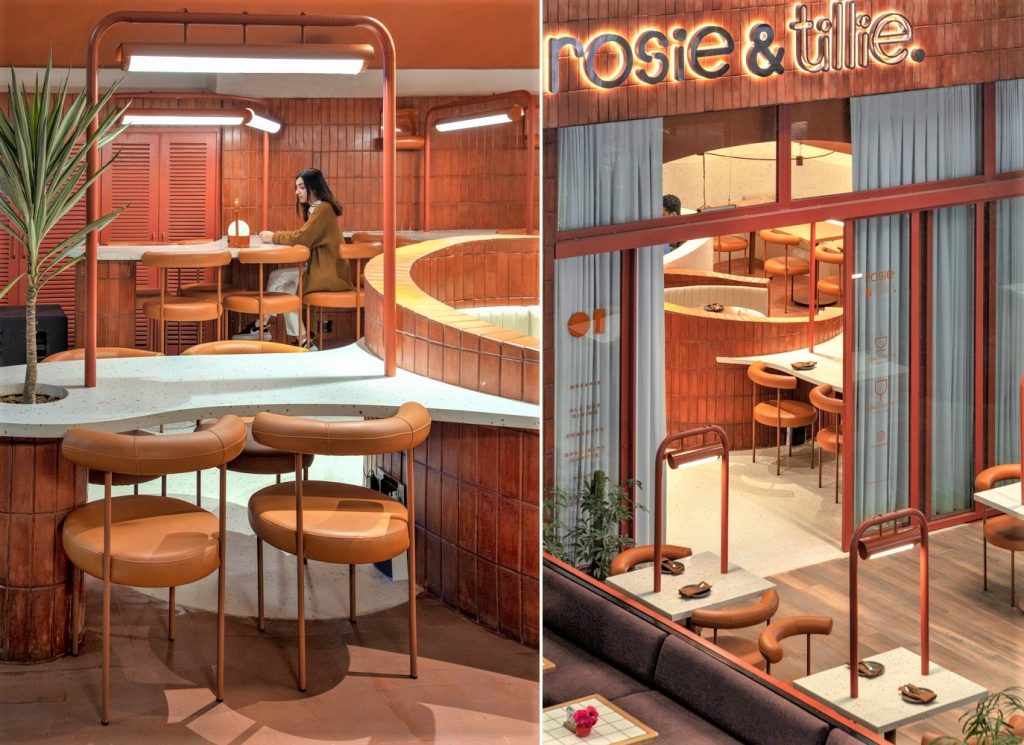 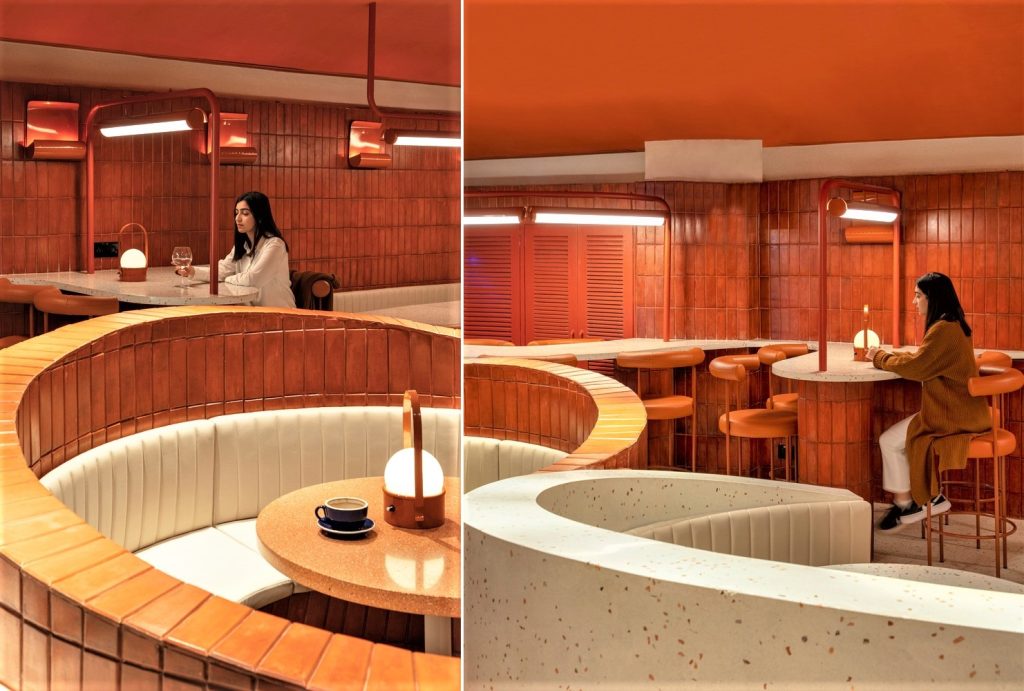 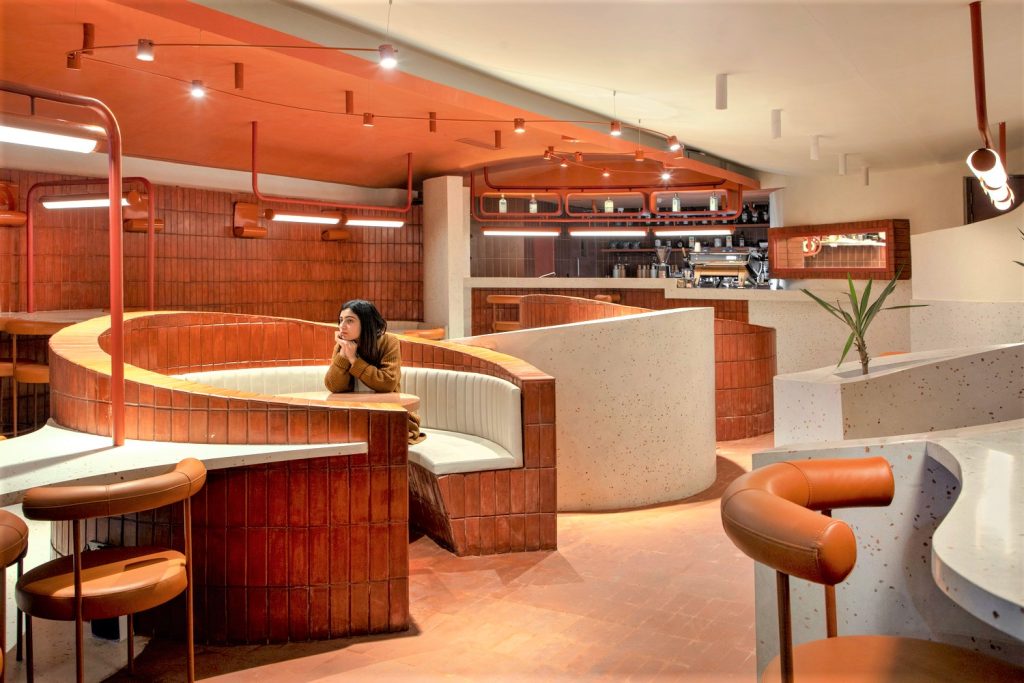 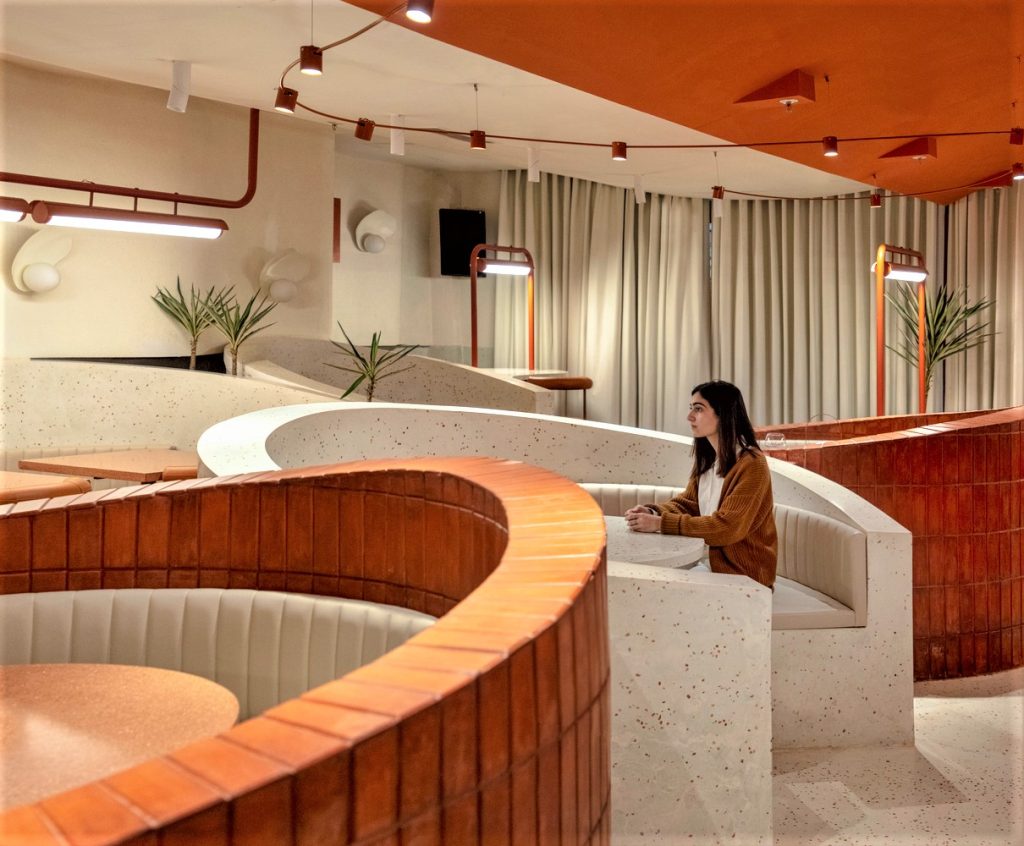