Louix Louis, located on the 31st floor of The St. Regis Toronto, is a place for daily indulgence, a stiff drink after work, an all-out spread with your favourite people, or something totally unexpected.
Inspired by the iconic cocktail parlours of New York and Paris, the two-storey high Grand Bar is a mystical and alluring place to enjoy forgotten classics and rediscover the lost charm of conversation. Influenced by Toronto’s heritage as one of the largest distillery districts in the world during the turn of the 19th century, the bar houses over 500 dark spirits, one of the largest collections in North America.
Painted by local Toronto artist Madison van Rijn, the 60 foot ceiling mural ‘Bouquet of Whisky’ is inspired by a glass of Canadian whisky. Like a river overflowing during the spring thaw, the mural reflects both the process and the product of this distinct libation. This piece was born out of an exploration of alcohol inks, and this medium allowed the canvas to take a life of its own. The smooth colours and rhythm of the piece act as a visual representation of the complexities of the whisky tasting palette with a flavourful blend of peppery spices and a rich sweetness. 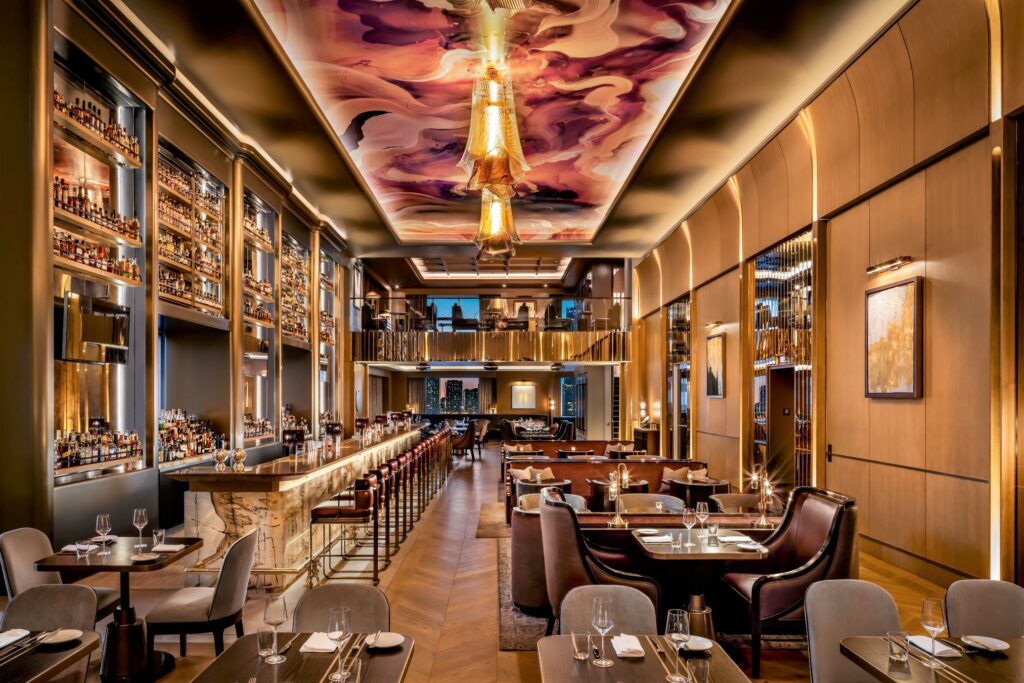 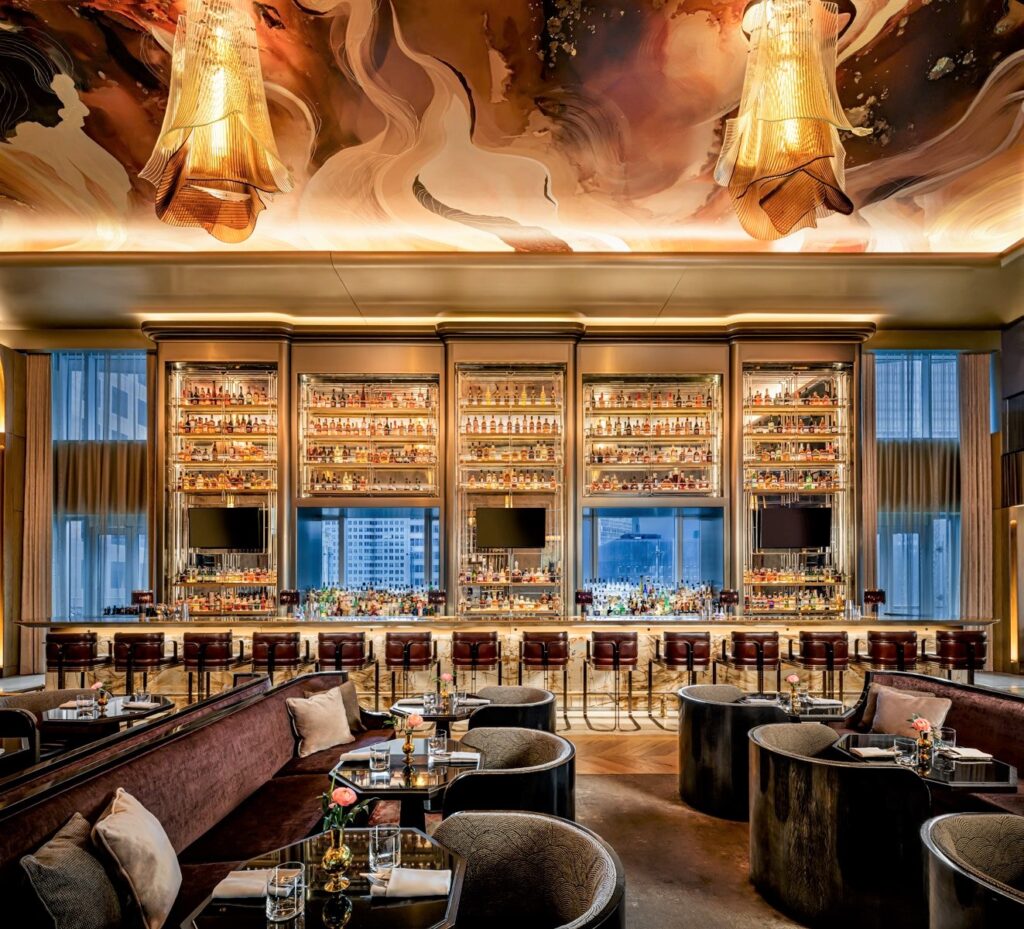 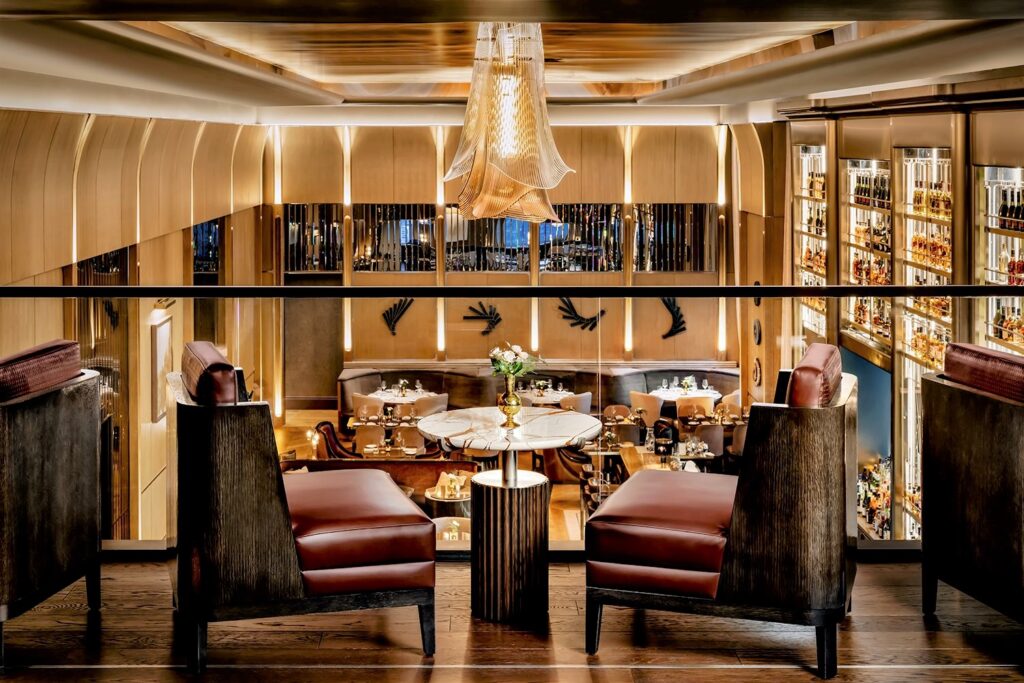 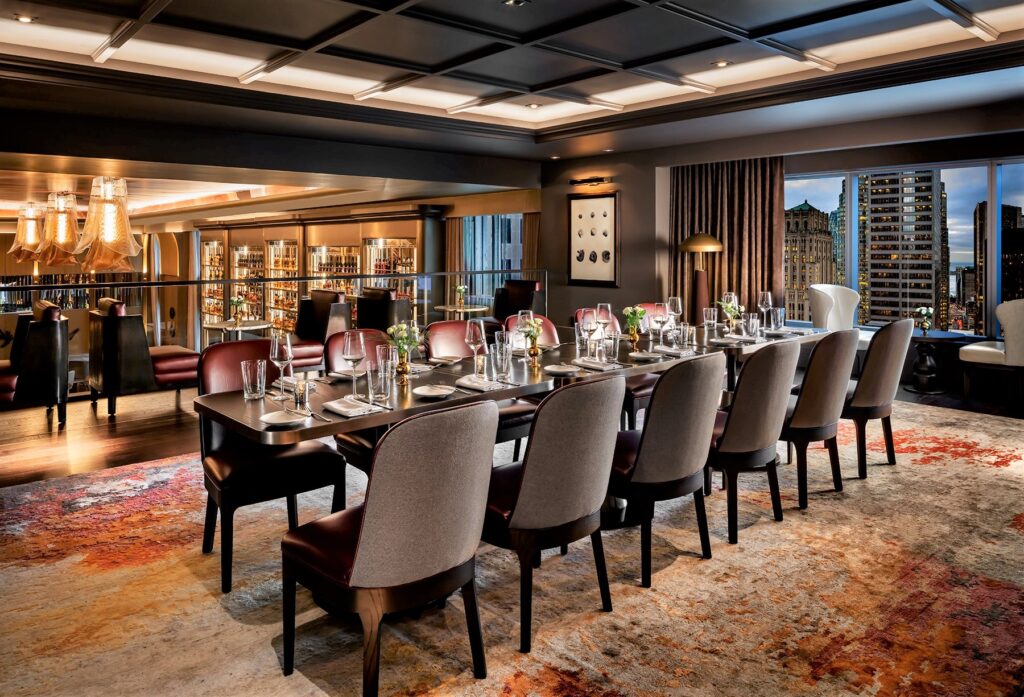 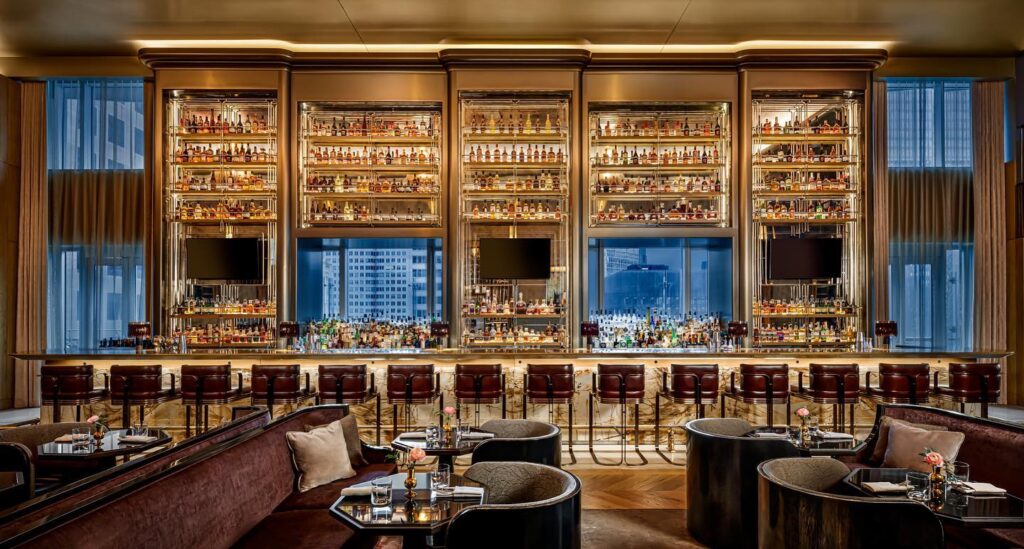 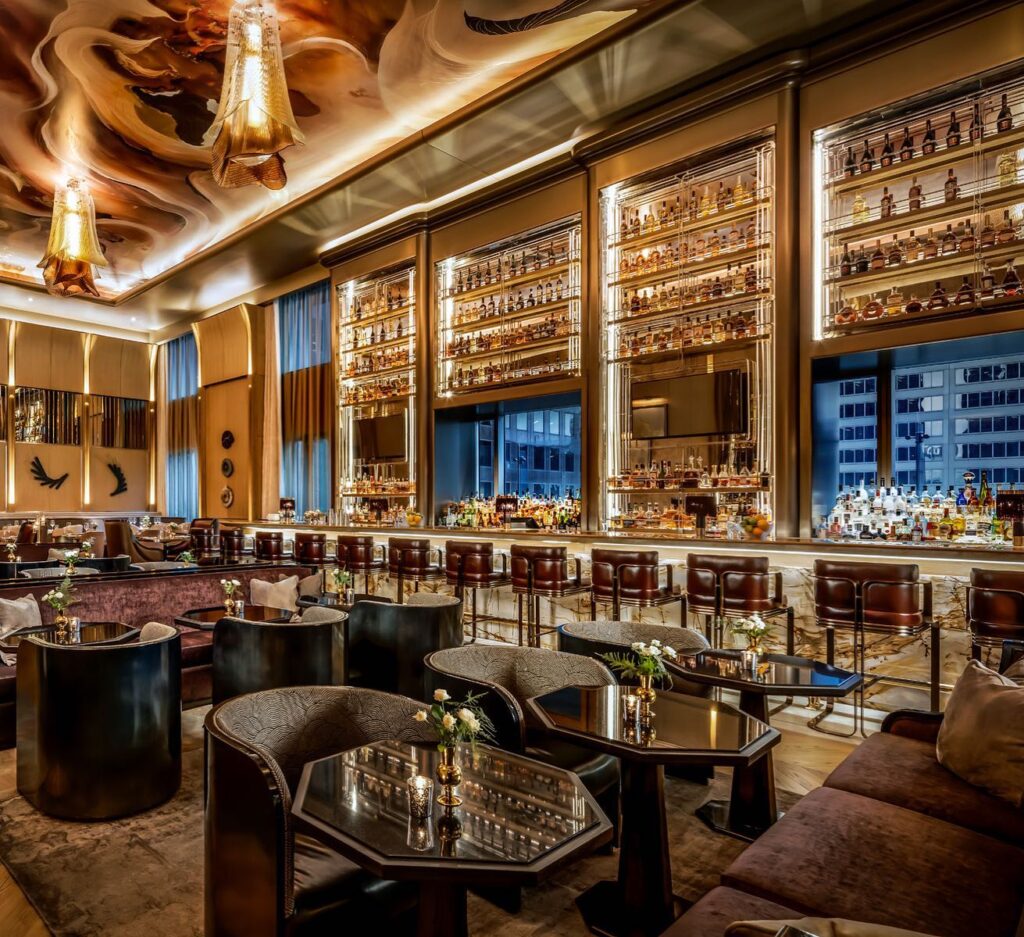 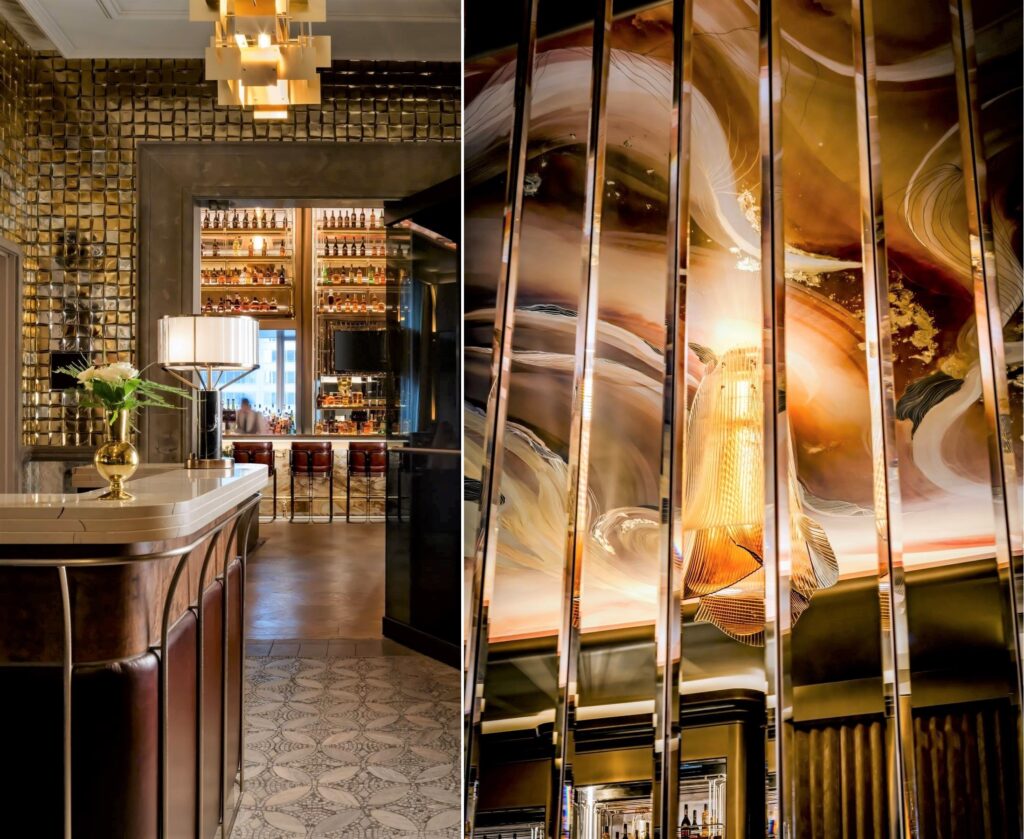 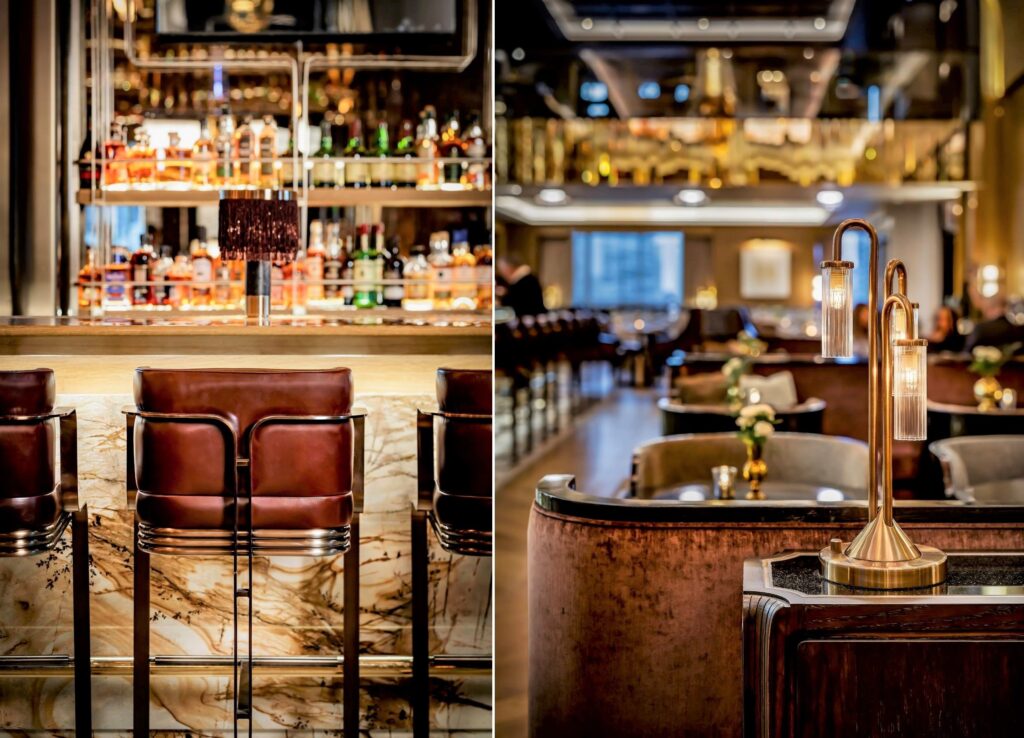 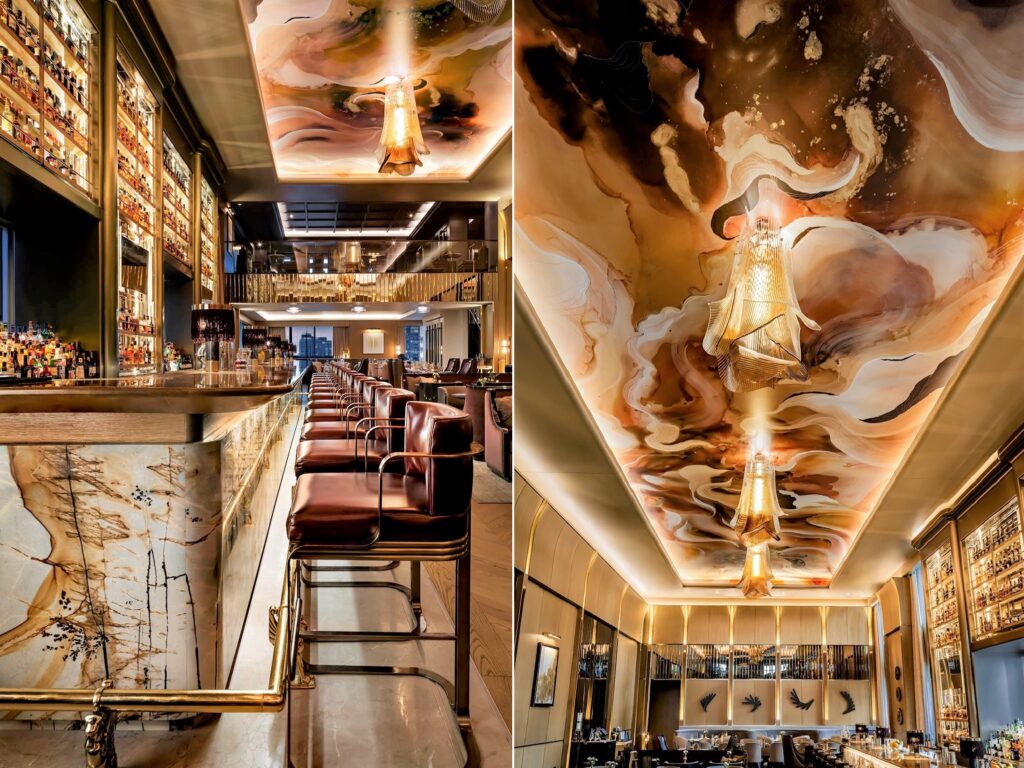