Located inside a luxury resort and shopping center in Mie Prefecture, this café operated by rice-koji maker Uonuma Jozo offers amazake, a sweet fermented koji drink, and other koji products. The materials, colors, and forms of the café were inspired by the heat of koji fermentation and the traditional architecture of Uonuma, the company’s hometown in northern Japan, where snow can pile up over three meters high in winter.
During the process of making koji, heat is released when microorganisms consume organic matter—which is to say, the warmth of fermentation is a vital, living warmth that changes second by second. This space was designed with a similar mindset. For instance, the flushed red fixture surrounded by benches in the center of the room is intentionally lowered to eye level to create striking contrast in hue when viewed from outside.
When guests sit on the bench and view the greenery outside, their perception of the colors gradually changes. In addition, the red plaster floor adds to the ruddy light that reflects off the faces of people in the café. This sequence of color transformations is intended to express the living warmth of fermentation. 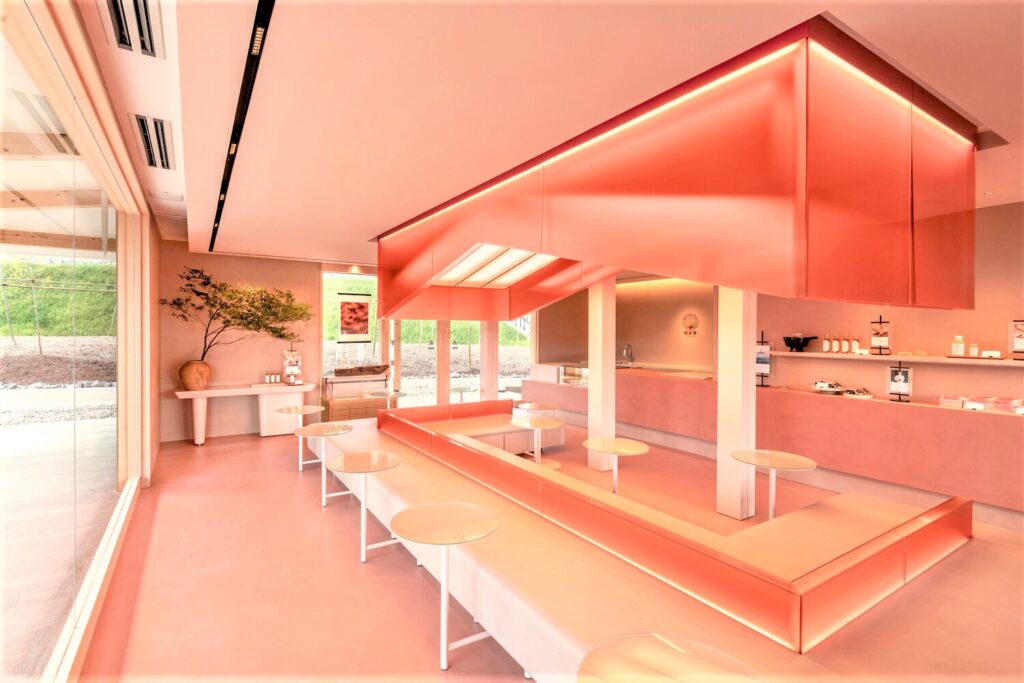 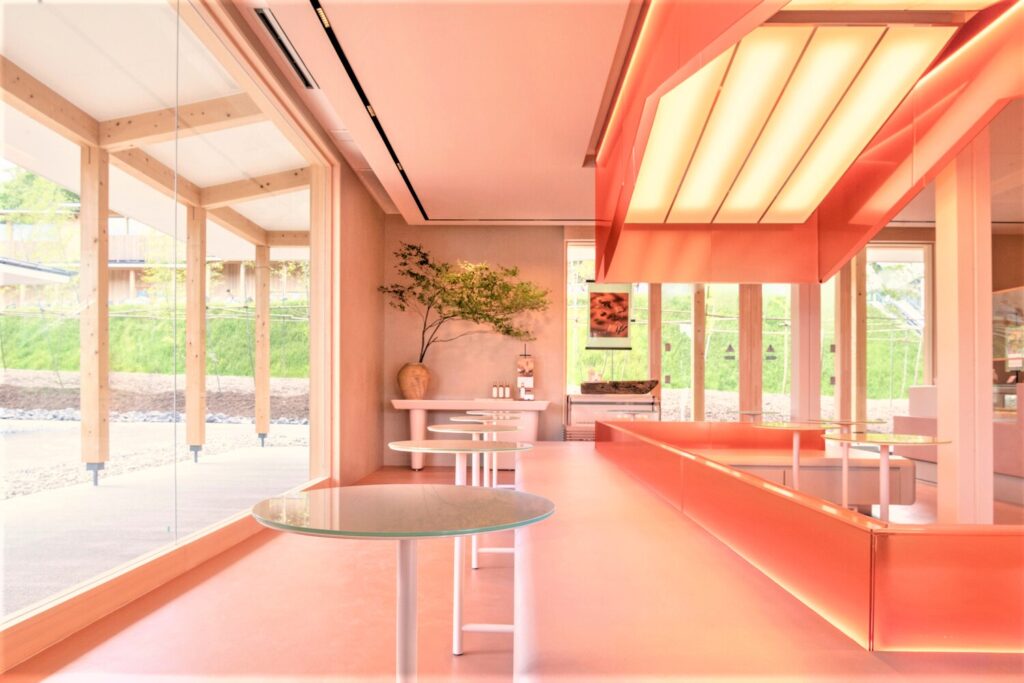 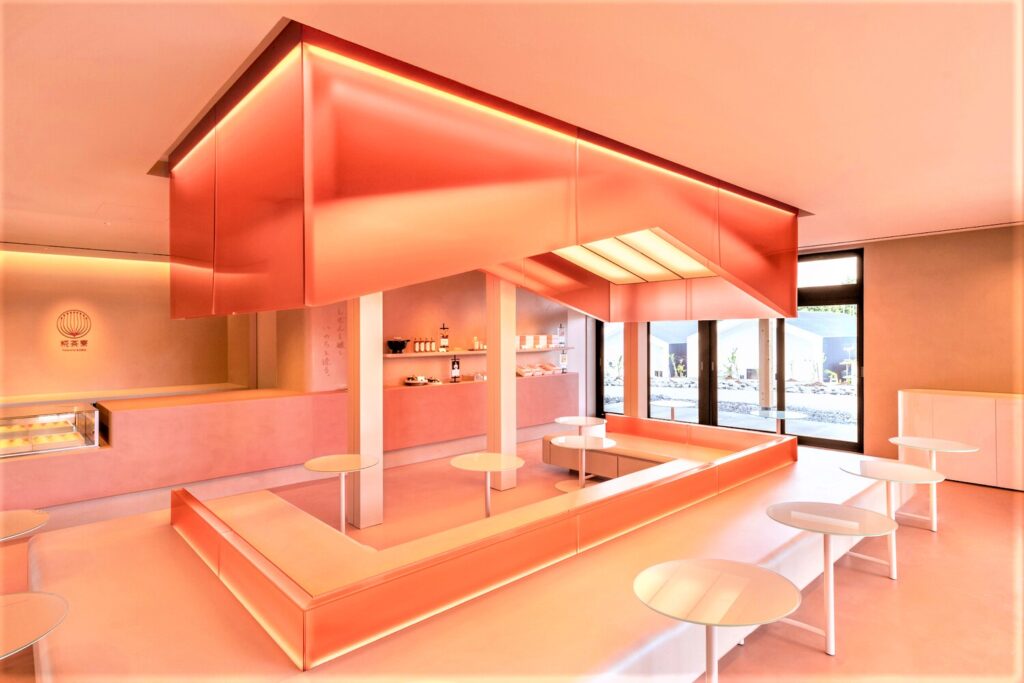 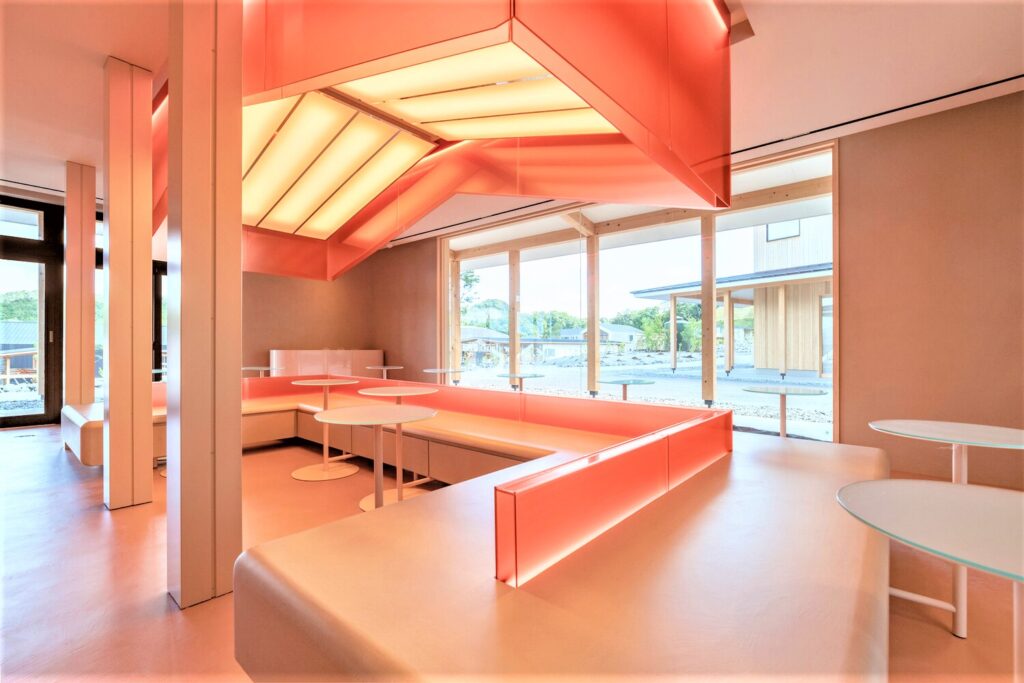 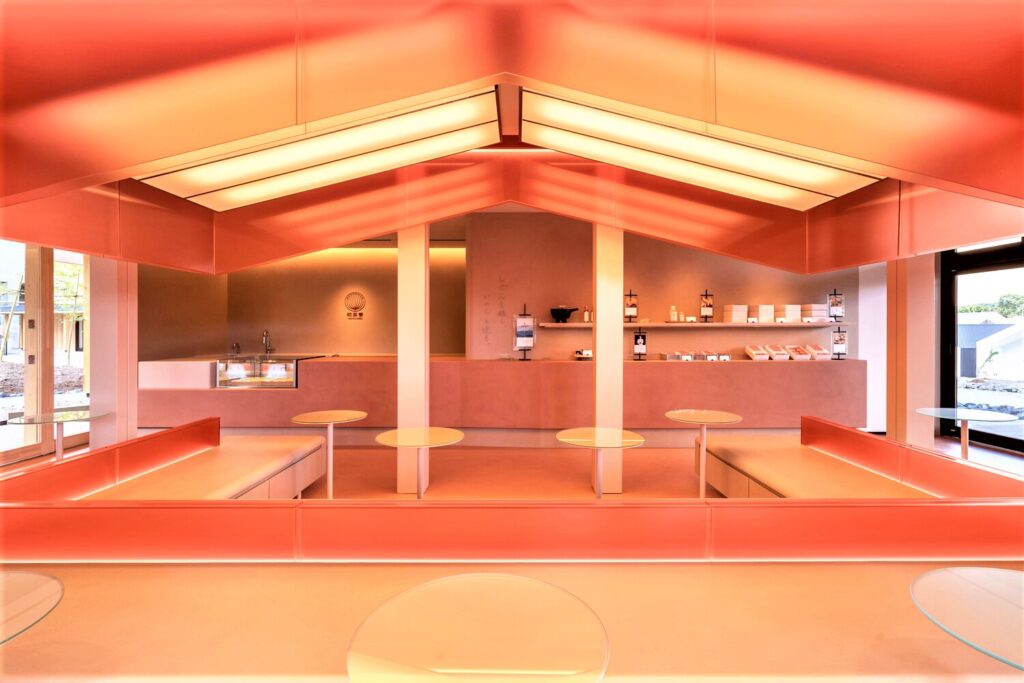 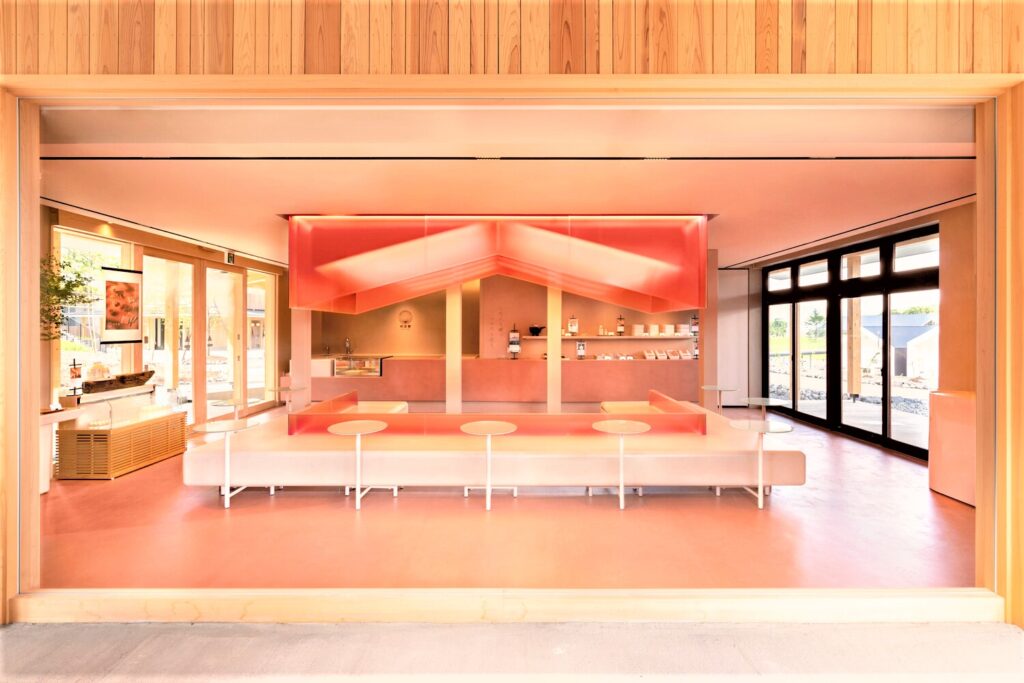 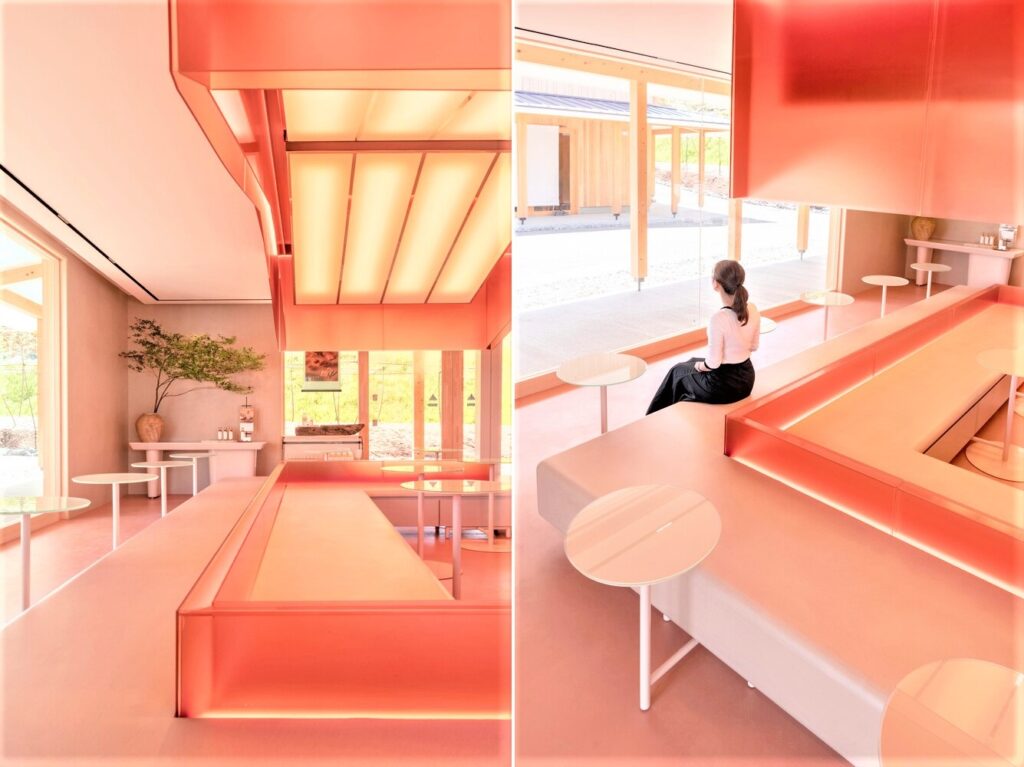 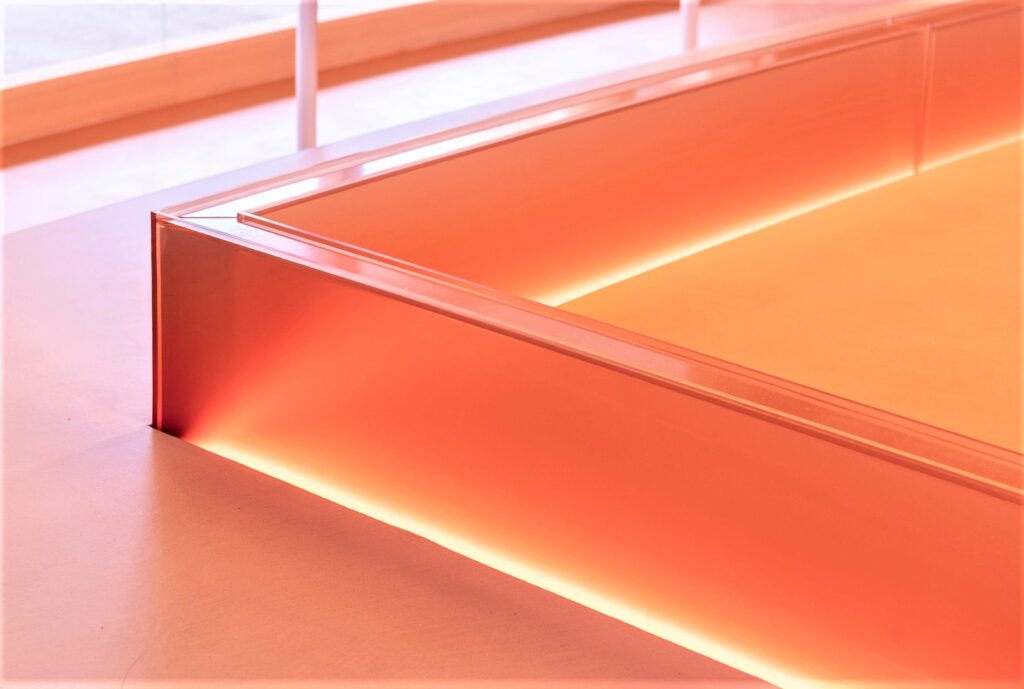